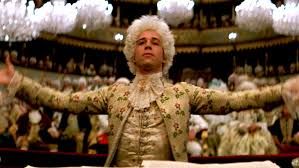 So you want to know the entire history of classical music but don't have time to do a 4 year music history program at Julliard?  No problem here's my synopsis of all classical music over the last few hundred years in a nice short 5 minute read.  You're welcome!

Most of the earliest documented music was religious hundreds of years ago. It gradually became more secular over the centuries. And to understand where newer music came from you have to go back to the earliest documented music, which goes back to Gregorian plainchant. Basically a bunch of guys singing a melody together. No instruments, and no harmony.

Then they went on the wild side and added a second note at the same time, but it had to be a Perfect division if the root note. That’s where the term “Perfect Fifth” comes from. It was a perfect division of the original note and therefore closer to God. Other harmonies were considered less perfect and therefore not fit for holy music.  Eventually they started to live on the edge and use other notes.  But everything was still pretty straight forward like Bach (Baroque period) that stuck to very even note values.  Some of the best music ever written but a tad predictable compared to what was to come.

Then Hayden and Mozart came along in the Classical period and did some nutty things like using rests and dotted notes and ties. The rebels. Then that wacky Beethoven took things a step further.  He started using some dissonant harmony, threw in more radical surprising twists and started using motives in one movement then using it again in others so there was some continuity for the whole piece. Think bum bum bum bum, bum bum bum bum bum...  In the 5th symphony that pattern comes back in every movement in totally different ways.  Genius.

OK then Wagner did some really over the top Opera with vikings and Lord of the Rings type shit.  He used dissonance and leitmotiv in the Romantic period. Ya know when you watch a movie and every time a certain character comes into a scene the same music plays.  Like the ominous horn section when Darth Vader comes on the ship. Or when ya hear, bum bum, bum bum, ya know to get outa the water or Jaws Will get you!  Well you can thank Wagner for that (leitmotiv).

And Straus did some even more over the top style operas like Solome’ where she sings to the severed head of John the Baptist.  It's based on a play by Oscar Wilde.  So Solome' was about 15 and JTB rejected her advances.   You can say she doesn't take rejection so well.  She ahh, convinces her dad chop his head off. Then to add insult to injury she kisses and sings to his severed head about what a dumbass he was for rejecting her.  She's like, oh you weren't down with all this?  Well look at you now you Mr. head.  And you though Alice Cooper, Ozzy, or Marilyn Manson were the first to do that crazy shit?  Paleeze.  Straus was on it like 50 years before those guys were born.  And just like Ozzy and Marilyn Manson it was banned by some cities for the unsettling subject matter.

Then Stravinsky rocked everyone’s world with some really dissonant harmonies, and tribal poly rhythms in the 20′s. So polyrhythms any polytonal are like when you're playing like 2 completely different songs at the same time but its like in the same song.  WTF right?  It blew peoples minds and kind of freaked them out a little.  But even Strav knew that the more out of the box you get, ya gotta somehow keep it grounded, or you just loose the people.  So his stuff is shorter and kept tight song structures. For example in some of his really dissonant pieces he keeps them from sounding too out of control by balancing with very conservative Bach like rhythm patterns. Clever right!

Lesson to all us songwriters, you gotta know the rules if ya wanna break them. And he know exactly what rules he was breaking and what ones he had to keep to keep things in balance, to keep things still sounding like music and keep from just sounding like noise. If you’re a songwriter that doesn’t want to be commercial or formulaic take a page from Stravinsky who was nothing if not cutting edge for his time. And if you like non resolving harmony but Stravinsky is a little to scary sounding don’t forget his buddy with a softer side Debussy.  His shit is all floaty like clouds and shit.

Then some really wacky guys like Cage, Shoenburg, Varez, and Berio were like what can we do to be even crazier so they started composing stuff with all 12 tones that sounded like a cat was just running across the piano, or just weird. freaky sound affects, That was called "Avante Guarde".

So I think that's about it.  Well I may have glossed over a few things and composers (Montiverdi, Handel, Vivaldi, Chopin, Brahms, Verdi, Bartok, etc. etc.) but you get the gist of it.  I focused on a few of my faves.  That’s all of music history for the last thousand years or so. Got it?

But words of course don't do the music justice.  Now you owe it to yourself to listen to all of these pieces.  I guarantee some you will hate and other will rock your world.  But I think they are all pieces everyone should at least experience and be aware of if they love music.  Put on some good headphones sit back and really give these a chance.  I bet you will find some new love for at least some of these composers.  If there's anything in particular you really dig feel free to reach out if you want me to throw you some other recommendations of pieces and composers.

Some other great stuff to check out.
Liszt
Chopin scene from the film The Pianist
Brahms