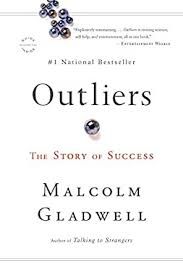 Here is copy of an email I sent to a voice teacher of mine after reading a few things that really pertained to what we have spoken about in class regarding the importance of consistent quality practice. Goes way beyond the old saying of “practice makes perfect” into some actual statistical proof of how significant this actually is.Judy,You’ve always spoken about how anyone can become great with good training and practice. Here is a famous scientific study that looked for what factors were the main contributors to excellence in all areas including academics, sports, music, etc. (The Role of Deliberate Practice in the Acquisition of Expert Performance – K. Anders Ericsson American Psychological Association 1993)The results of the statistical study as to the correlation found virtually no correlation between achieving excellence and innate talent, heredity, etc.The single significant and consistent factor that resulted in mastery in a field was consistent deliberate practice. The correlation had No exceptions.They found that all those at master level had consistently about 10,000+ hours of practice. In a study of musicians, those that were merely good but had careers as performers had about 8000 hours of practice, and those that were mediocre and didn’t perform for a living had about 4,000 hours. They then expanded the study to other areas and found the correlation again and again.The study could not find Any “naturals”, musicians who floated to the top effortlessly while practicing a fraction of the time of their peers did. Nor could they find Any “grinds” people who worked harder than everyone else, yet just didn’t have what it takes to break the top ranks. The findings were very consistent and incontrovertible. The Only major factor that separated those at various levels of ability was amount of deliberate quality practice, without exception.One neurologist Daniel Levitin wrote “… Ten thousand hours of practice is required to achieve the level of mastery associated with being a world-class expert-in anything” “In study after study, of composers, basketball players, fiction writers, ice skaters, concert pianists, chess players, master criminals, and what have you , this number comes up again and again.. but no one has yet found a case in which true world-class expertise was accomplished in less time. It seems that it takes the brain this long to assimilate all that it needs to know to achieve true mastery”.Another book “Outliers” by Malcolm Gladwell refers to these studies and notes that even Mozart who is often cited as a legendary musical “genius” and “child prodigy” was no exception to this rule. He notes that Mozart’s early works were essentially arrangements of works from other composers and his earliest work to actually be considered a masterwork was composed at the age of 21, only after he had been composing concertos for 10 years and well past the 10,000 hour mark, and he didn’t produce his greatest works until after he had been composing for 20 years, technically making him a late bloomer.Bobby Fisher another “child prodigy” a chess grand-master at 15 might sound like an exception, a “prodigy”, or a “natural”. But he started very early at age 6 so by the time he got to grand master level at age 15 he had been playing obsessively for 9 years which one could easily estimate would be about 10,000 hours of practice time.Here’s another even more appropriate example as referenced in the Malcolm Gladwell book “Outliers”.The Beatles.As teenagers between 1960-1962 they played in Hamburg regularly. To clarify they would play 7 nights a week 5-8 hours a night for a total of 270 performances in a year and a half.By early in their success 1964 they had already been together for about 7 years, and had performed about 1200 times. By the time they had created Sgt. Pepper, arguably their greatest work, they had been together for 10 years.One biographer noted, “They had to learn an enormous amount of numbers-cover versions of everything you can think of, not just rock and roll, a bit of jazz too. They weren’t disciplined onstage at all before that But when they came back, they sounded like no one else. It was the making of them.”Pretty telling. Big difference from those doing a 45 minute original set a few times a year and expecting to make it big somehow.Here is video of a speaker on the above subject.